A horror? Thriller? You sure we’re on about the same film?

As you may have assumed, House at the end of the Street is nothing but a complete and utter disappointment. With no aspect of horror or thriller whatsoever, I really don’t know how it managed a spot on the big screen.

Synopsis: (Usually I would fully in my own words describe the movie, but it was so bad that I simply didn’t have the energy to write it)

A mother and daughter move to a new town and find themselves living next door to a house where a young girl murdered her parents. When the daughter befriends the surviving son, she learns the story is far from over. (IMDB)

I have to warn you to not get lured into the trailer like I did. With compelling moments, gripping scenes, and a fancy rewind to show a thrilling plot, the trailer seems very promising. When in reality, the film is completely the opposite! A slow, dragging storyline, (which isn’t fully told until the very last scenes), weak dialogue, inappropriate actors, it all goes downhill after the first 20 minutes. Questioning Director Mark Tanderoi’s thoughts, of what he was genuinely thinking whilst making such a cliché. Visually the film didn’t meet that high level of optimism, especially within the horror genre. Apart from the creepy girl, who only made you jump once, the film lacked that gratifying fear factor.

Starring Jennifer Lawrence, which I may add for some people would be a great view, but for me was simply boring. To be honest she didn’t do much. Yes what she could do was only deliver her lines, but it just felt flat. The whole film was off, where halfway I began surfing the internet and switching, which = a bad film.

As for Max Thieriot who played ‘Ryan’ character, it was great seeing him after a long ti 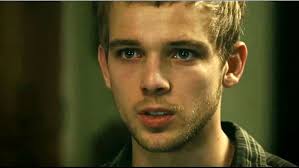 me, which for me was in ‘The Pacifier’ (2005) and ‘Catch that kid’ (2004). Though I have to admit, he didn’t quite fit the role here. If the writer wanted to create this tough, eerie, creepy kid, then Max didn’t fully convince us. Throughout the film, he genuinely portrayed a soft, slight hero like teenager. No doubt he is a good actor, but for a main lead in a horror, it doesn’t add up.

This is one of my shortest reviews and probably the most simplest ones I have every done, due to its negative outcome. But overall, if you want to watch a spine chilling horror with gratifying thrills and chills, then do avoid House at the end of the street. With a very poor storyline, which makes you switch off halfway, it is extremely predictable with no suspense.